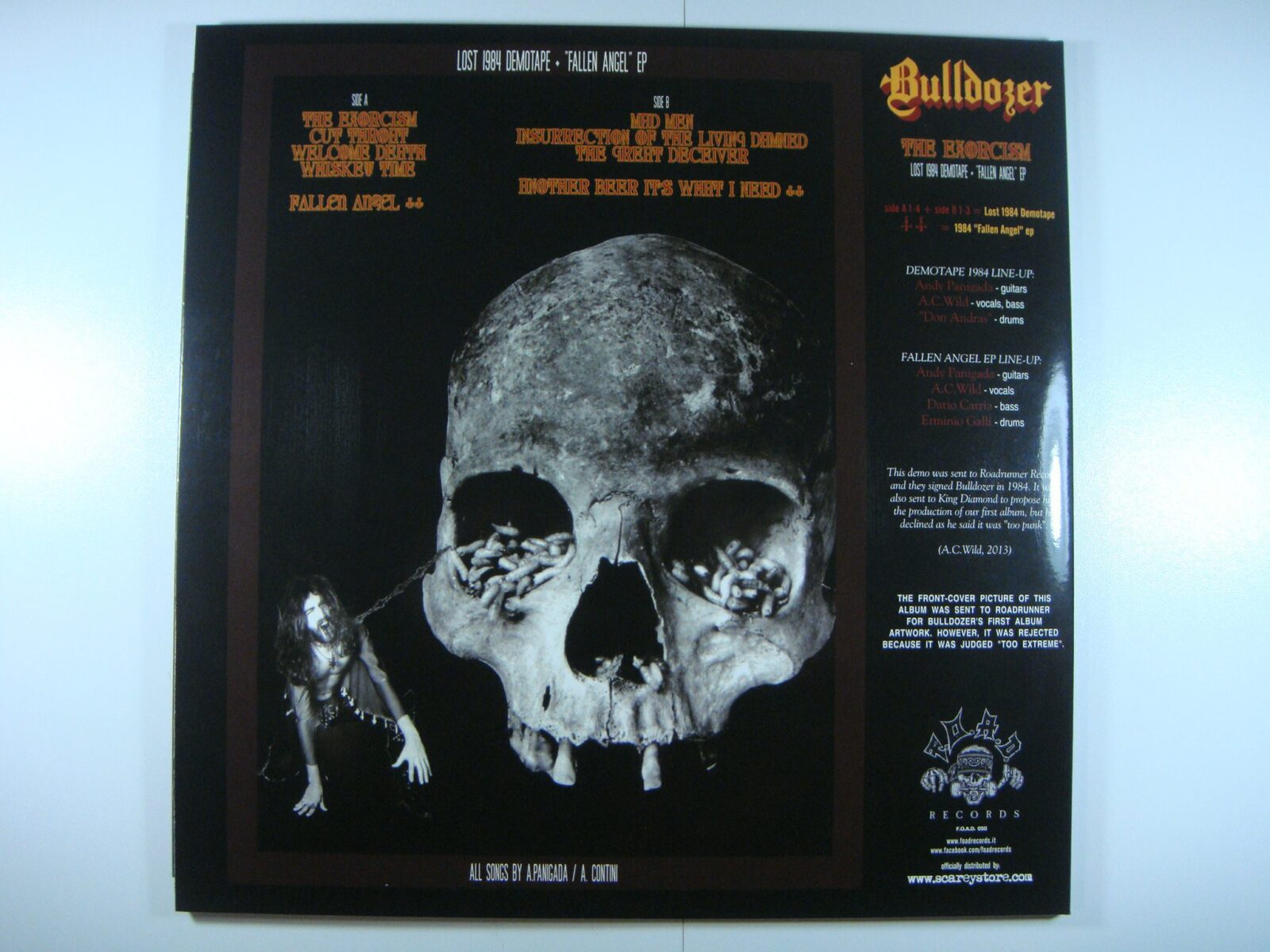 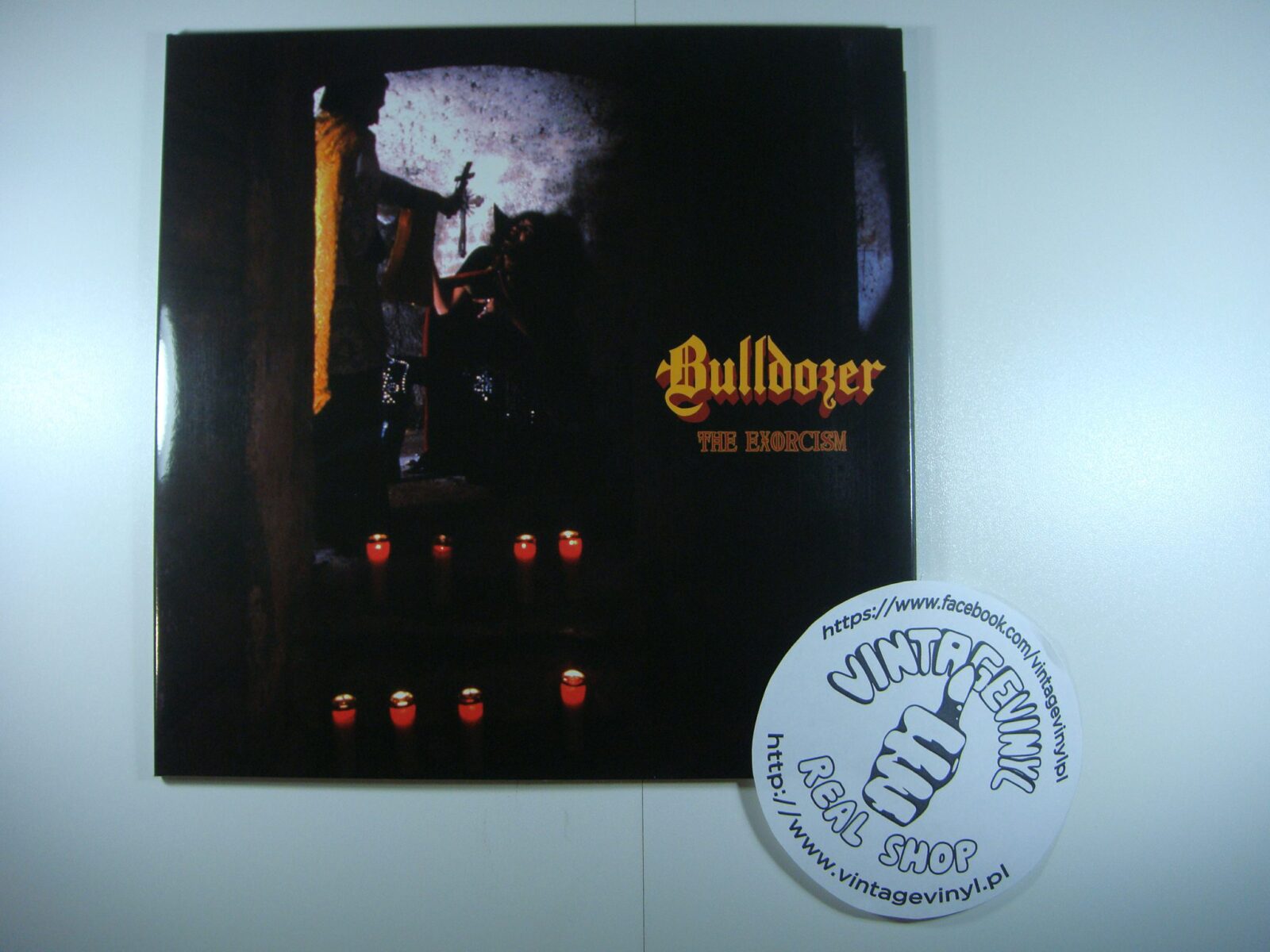 Comes in a gatefold cover filled with rare/unreleased photos, alternate artworks and liner-notes.

Tracks A1 to A4 and B1 to B3 are the recording that got Bulldozer signed to Roadrunner Records in 1984.
Different and rawer versions of songs ended on their debut album “The Day Of Wrath”.
Originally only 3 copies of this demo exist.
One was sent to Roadrunner Records, one to King Diamond (2), and one was recently rediscovered by AC Wild.