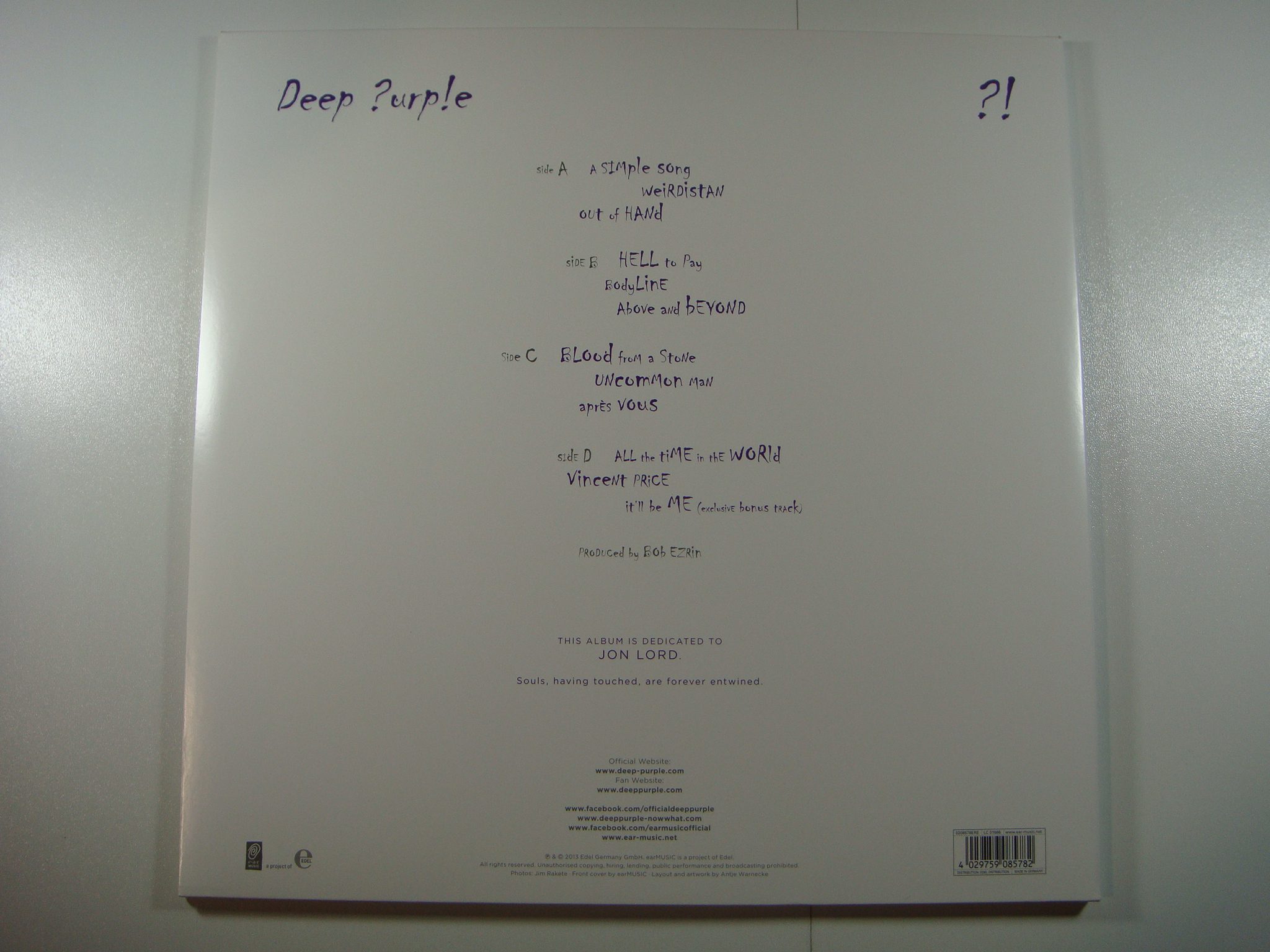 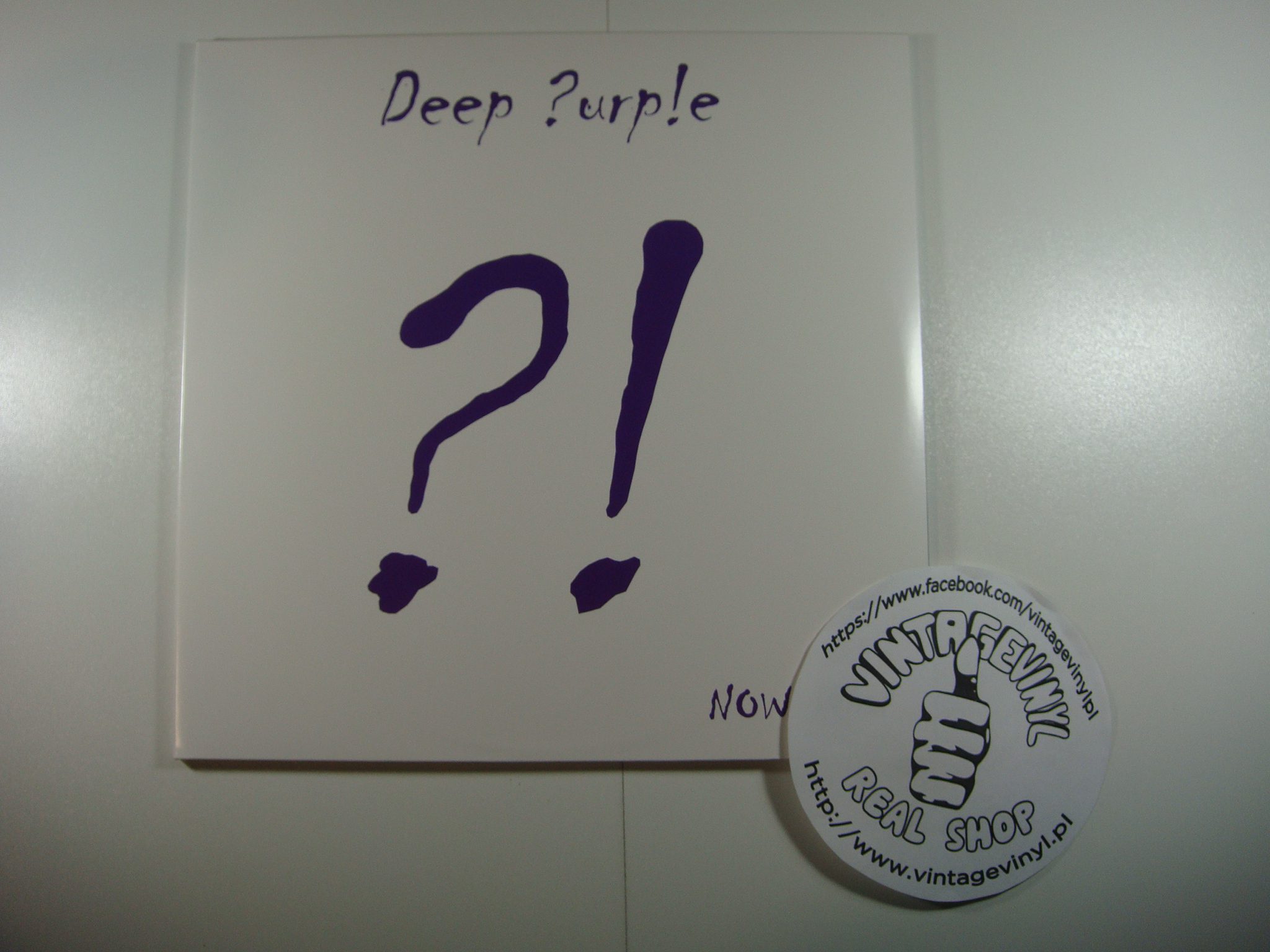 This album is dedicated to Jon Lord.

Souls, having touched, are forever entwined.

Track D3 is an exclusive bonus track, only appearing on the double vinyl and limited edition CD.

The band name is styled “Deep ?urp!e” on the front and back covers. The album is also known as “Now What?!”.

Comes in a gatefold sleeve with printed inner sleeves including lyrics.