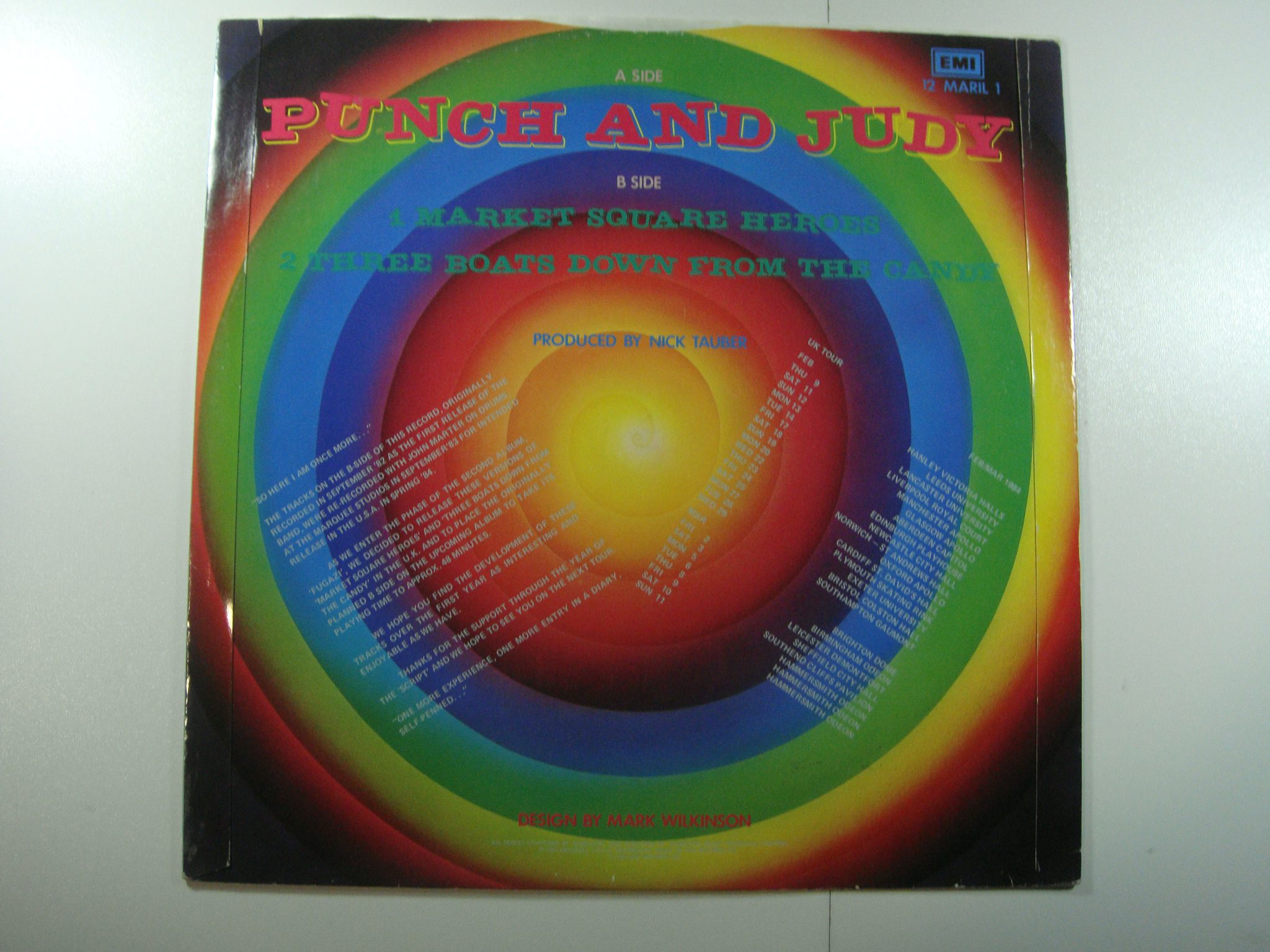 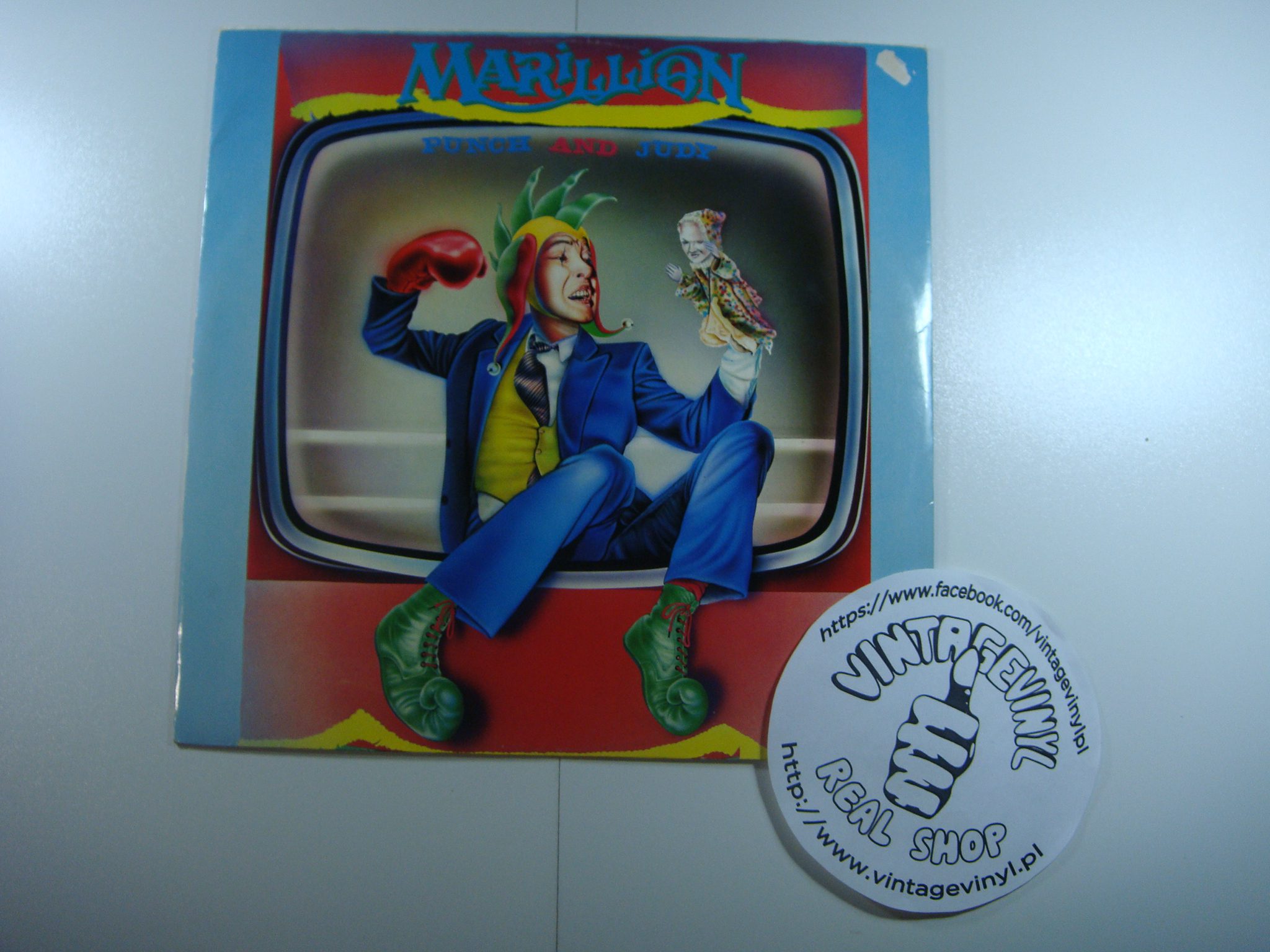 Manufactured in the UK by EMI Records Ltd.

Sleeve notes:
„So here I am once more…”

The tracks on the B-Side of this record, originally recorded in September ’82 as the first release of the band, were re-recorded with John Martyr on drums; at the Marquee Studios in September ’83 for intended release in the U.S.A. in spring ’84.

As we enter the phase of the second album, 'Fugazi’, we decided to release these versions of 'Market Square Heroes’ and 'Three Boats down from the Candy’ in the U.K. and place the originally planned B Side on the upcoming album to take its playing time to approx. 48 minutes.

We hope you find the development of these tracks over the first year as interesting and enjoyable as we have.

Thanks for the support through the year of the 'Script’ and we hope to see you on the next tour.