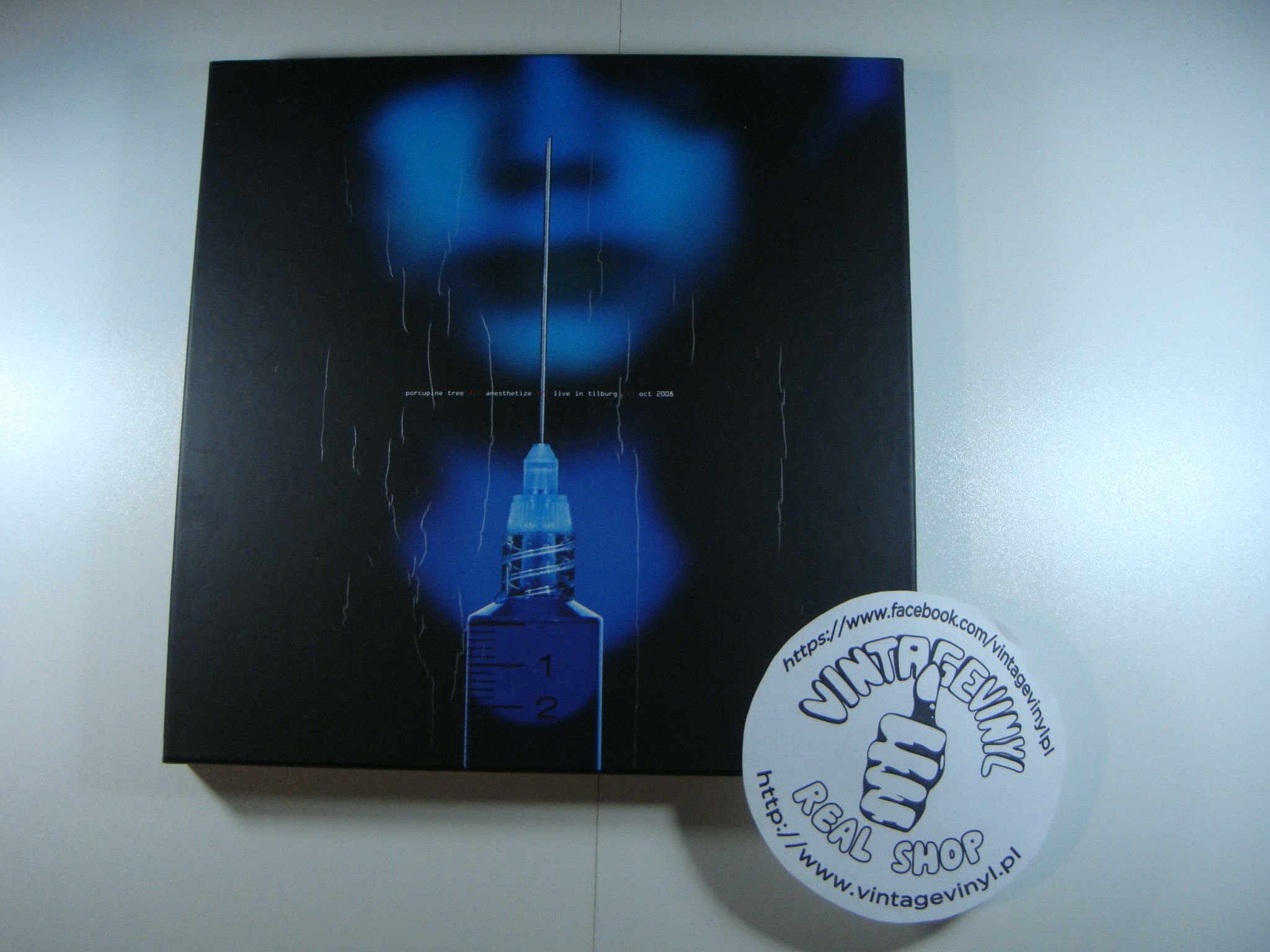 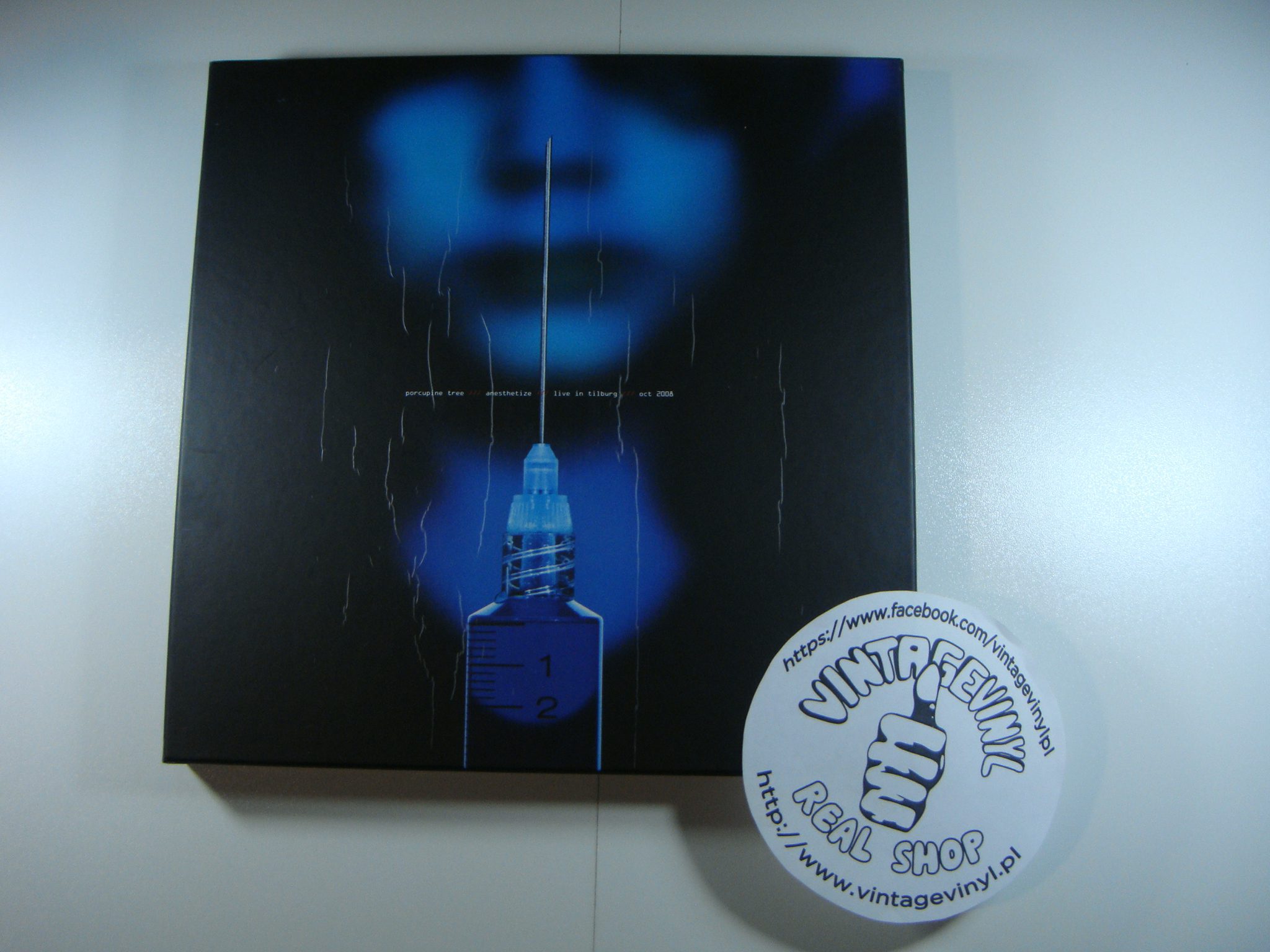 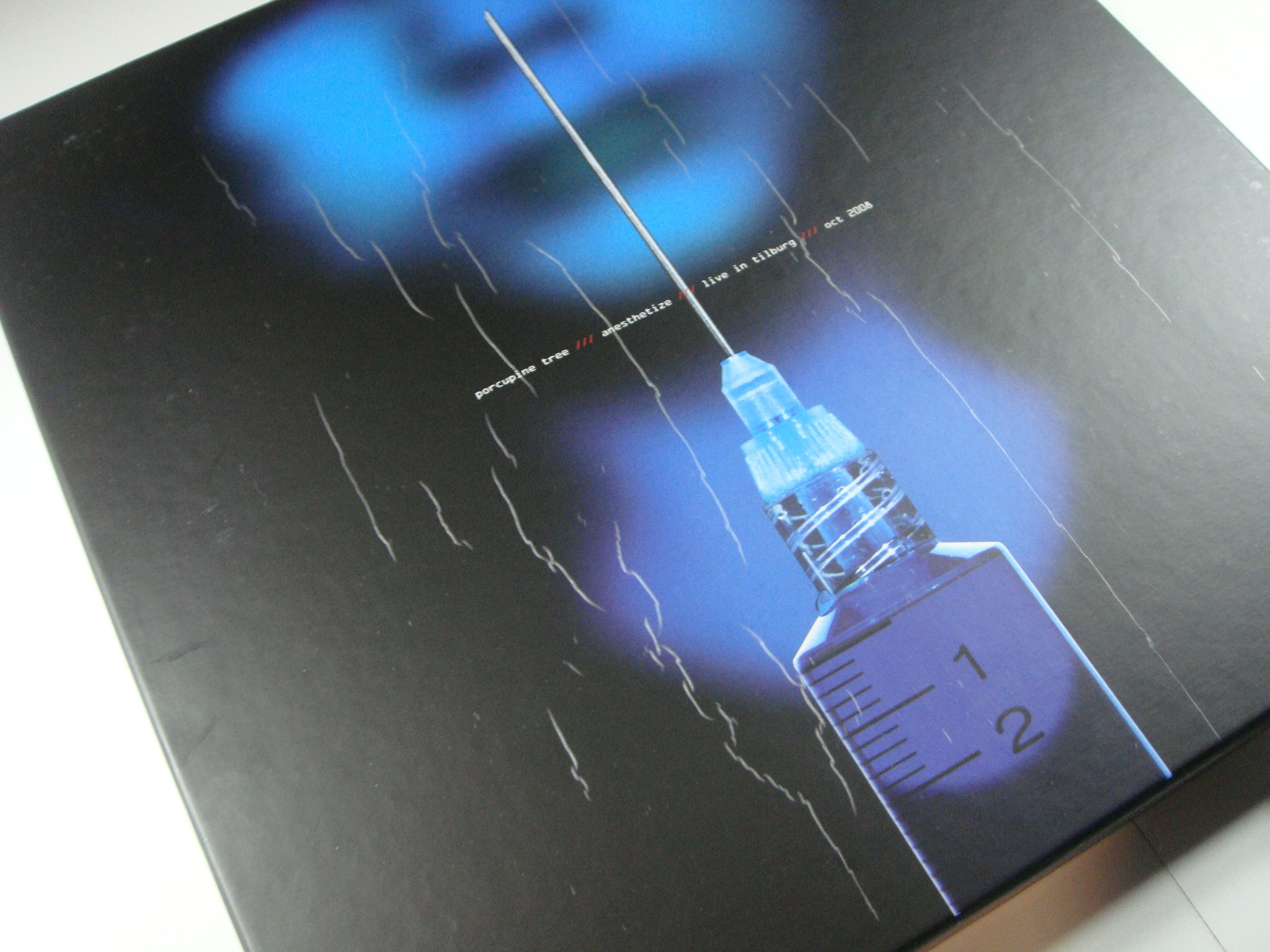 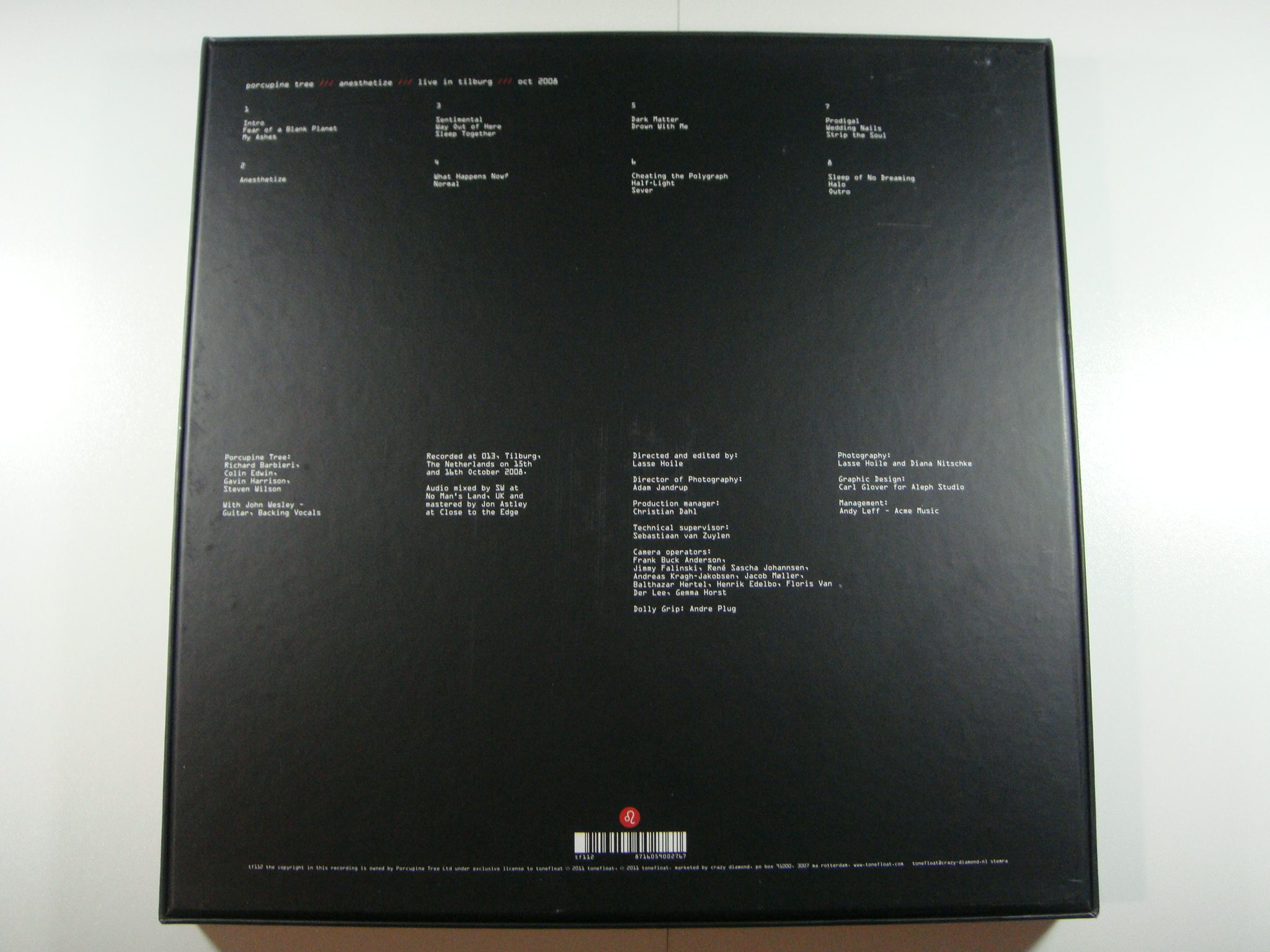 Both shows at the 013 in Tilburg were filmed and highlights were released as the acclaimed Anesthetize film on DVD and Blu-Ray in May 2010. Tonefloat are now making available the complete audio soundtrack on vinyl as part of a lavish 20-track four disc set in separate picture sleeves, and housed in a deluxe hardback box, complete with 12x12inch booklet.

Recorded at 013, Tilburg, The Netherlands on 15th and 16th October 2008.
Audio mixed by SW at No Man’s Land, UK and mastered by Jon Astley at Close to the Edge.