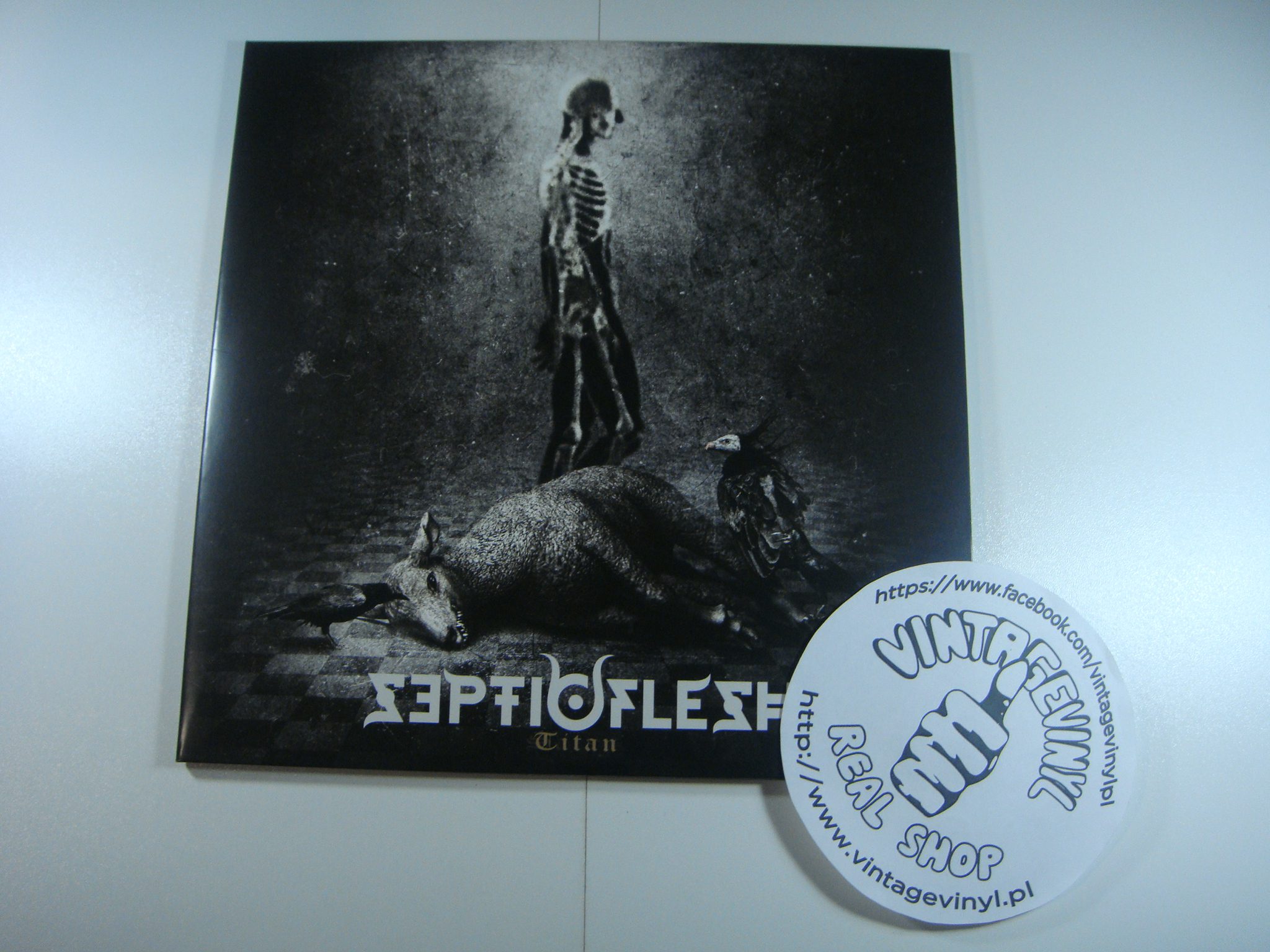 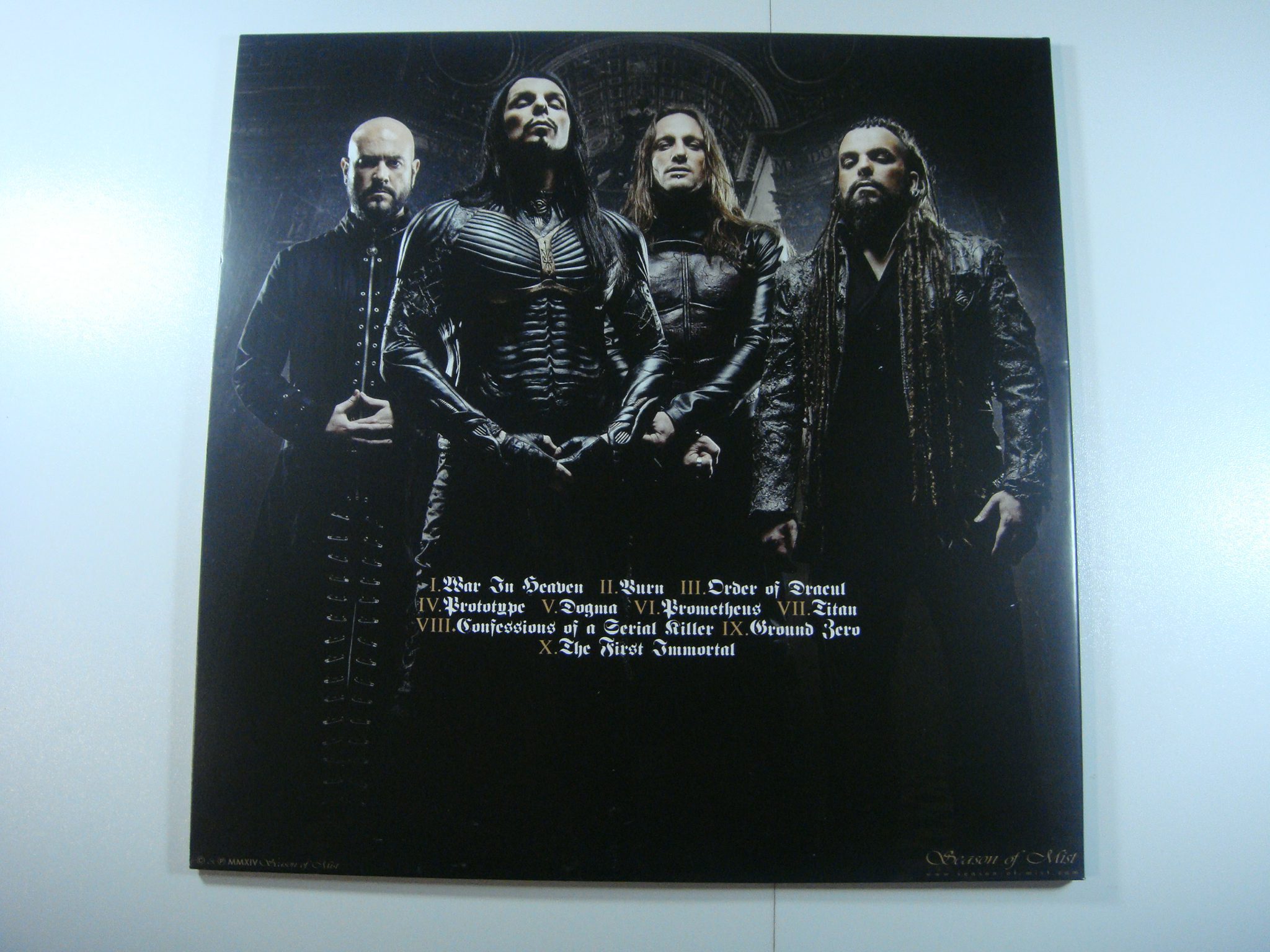 The recordings of Titan took place at Devasoundz studios (Athens/Greece) and Smecky studios (Prague/Czech Republic) from September to October of anno 2013.
The orchestra was recorded at Smecky studios in Prague.

Printed on the rear cover:
© & ℗ MMXIV Season of Mist

Housed in plastic sleeve with a round sticker:

“SEPTICFLESH are taking the fusion of orchestral music and dark metal into a new dimension.
A Titan was born and will change the DNA of symphonic Death Metal forever!
Mastered at 45 rpm for maximum sound experience!
Solid white vinyl limited to 300 units worldwide.”